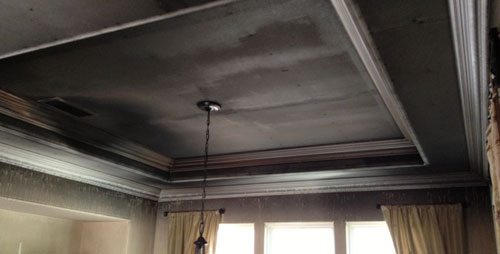 If you’ve just been through a fire you need to bring in fire and smoke damage restoration experts as quickly as possible.  Do-it-yourself efforts frequently backfire and can double or even triple your fire damage restoration costs.  That’s because there’s a 24-48 hour “golden time” for taking all the right steps to prevent further destruction from smoke and water damage that won’t be covered by insurance.  With proper documentation of restoration measures any secondary damage that nevertheless does occur should be covered.

In most cases fire restoration involves a wide range of technical services including water removal and structural drying as well as soot, smoke, and odor removal in addition to actual fire damage repairs and reconstruction.  Besides damage restoration costs for the building, there’s likely to be treatment and replacement costs for its contents — furniture, carpet, drapes, clothing, bedding, appliances, and electronics in particular.

So How Much Does It Cost?  No Simple Answer.

You’ll need to compare a few estimates specific to your particular fire as there’s no rule-of thumb for a bottom line cost.  In addition to the factors above there’s the type and of course extent of the blaze.  “Simple” single-fuel fires may produce little smoke whereas “complex” fires typical of homes and businesses include a range of synthetic materials together with incomplete combustion producing lots of smoke and soot.  And that has a big effect on restoration costs.  There’s also the effects of how the fire was put out.  A carbon dioxide extinguisher adds nothing to recovery & restoration efforts, but hoses and sprinklers douse everything and chemical extinguishers leave toxic residues.

Considering all the variables, total costs can range by a factor of 100, everywhere from $800 to $80,000 (and above).  Only small kitchen fires that were quickly detected and extinguished would be at the low end.  And costs can of course go as far as many hundred thousand dollars for a total loss.

As a little background on how to choose a fire damage restoration contractor, here’s a breakdown of the sorts of costs and terms you can expect to see in those estimates.

Whenever hoses or sprinkler systems are involved you’ll need immediate restoration services to prevent mold, disintegrating drywall, and damage to wood and similar materials.  That starts with surface water extraction.  Then comes extensive dehumidification measures for thorough structural dry out followed by deodorization.  Similar measures need to be taken for your possessions as well.  Again, as a very crude guide costs are typically $2-4 per square foot for water extraction alone.  Altogether dealing with water damage is usually in the ballpark of $1,000 to $5,000… give or take a multiple of 10!

With average costs of $2,000 to $6,000 soot and smoke removal are a big part of fire damage costs.  They contaminate building surfaces, furniture, carpet, air ducts, and more.  Besides causing odors they’re toxic, stain many materials, and contain strong acids that can attack just about anything.

Dealing with odor removal and chemical contamination adds on an average sum of $1,000 to $3,000.  In addition to special cleaning for the building and its contents, counteractants may be used to break down odorous or hazardous compounds.  That includes using ozone generators to reach where cleaning can’t.  Odors trapped in the pores of porous materials are released during warm or damp weather.  These can be neutralized with thermal foggers.  In some situations sealants may be used to prevent the release of odors or contaminants.

Finally there’s the costs of actually removing and replacing damaged materials, which may go as far as reconstruction sections of the building.  That’s in the $2,000 to $5,000 range for the typical kitchen fire with minimal damage.  But with extensive damage that goes into the $10,000 to $30,000 neighborhood, and can be $80,000 or more for an upscale kitchen or significant reconstruction.

Actually, there are a couple of other items you should be sure are included in the estimate.  The first is city permit and inspection fees.  They’re nothing to neglect, typical running several hundred dollars and even to a few thousand for major reconstruction.  The second is management fees, typically several hundred dollars for small fire & smoke damage projects, but upwards into the thousands for major efforts.  They’re worthwhile in avoiding having to coordinate multiple home contractors yourself and are often completely offset by cost savings from their experience and economies of scale.

Sprinklers flood the area with water leading to removal and drying costs, but on balance offer huge savings in fire damage restoration costs.  Not to mention saving lives!  One rule of thumb is that they reduce costs 90% by quickly limiting the extent of the blaze.  The U.S. Fire Administration reports a typical total cost of a home fire at $45,000, but only $2,000 for one with sprinklers.  For public safety fire sprinklers have been required in most commercial buildings, including hotels, for decades and a growing number of homeowners are recognizing their value and importance in protecting their families. 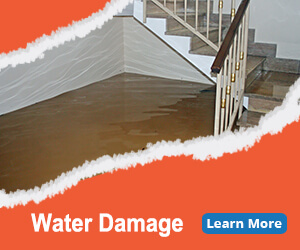 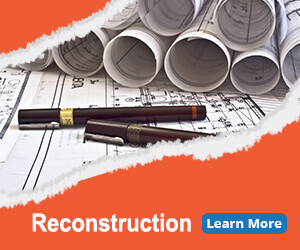 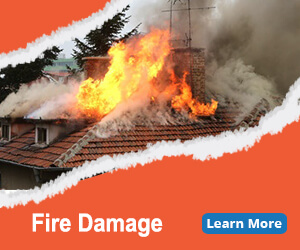